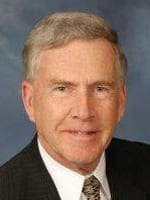 Rev. Byron was raised in Harrisburg, Pennsylvania, and studied at Cornell University, Drew Theological Seminary, and the University of Edinburgh. Now retired from full-time service, he has been the pastor of numerous churches in the Baltimore-Washington Conference, including eighteen years at Calvary UMC in Annapolis. He has also served a Methodist congregation in Bangor, Northern Ireland. Old timers at Severna Park may remember that he was the superintendent of the Annapolis District from 1985-1992.